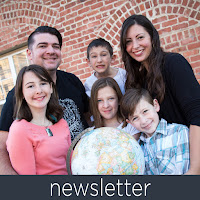 We made it! We're all here!

We sent Angela off with the team on January 31st as she leads the DTS team for Outreach. As they settled in, Luke and the kids prepared to come yet the finances still hadn't come in. The day after Angela arrived, they met together to pray asking the Lord what to do next as they hadn't seen all the money come in yet. The kids really had a boost of faith and prayed that the Lord would provide. By the end of that prayer time... 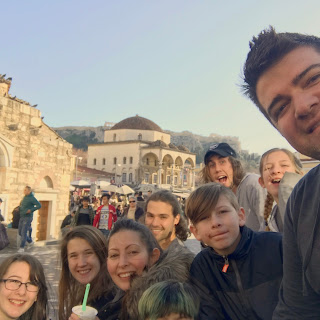 My first week in Greece. By, Kindi Haythorpe 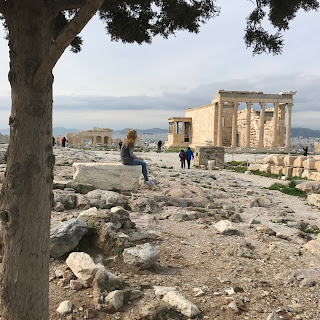 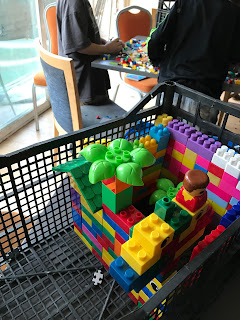 The first week of Greece has been pretty good. In the morning we went to the refugee camp. We ran the kids program where all the kids come to get their energy out. There is no outside place for them to play here because they are in a big city. We try to create fun games for them. A lot of the kids like when we played WITH them. I think adults don't really play the same as kids do.

After the kids program, we went to help at a pottery class someone else was organizing. While we were creating things, some of the kids opened up and told us were they were from. On kid was from Syria. She was living here with her mom and her dad. She said that her sister was still in Syria. It is so sad to hear about all the families that are split up. She was about 7 years old.

We finished the pottery class pretty late. After that we went to get dinner. People don't eat dinner over here until 8:30 or 9pm.  In Greece, the food is so good!! We have been getting Gyros and they are so filling. They only cost $2! I can eat them all day! 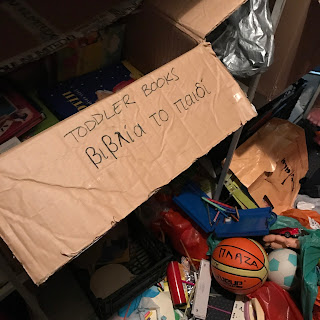 The Next day (today) we went back to the camp. Our team ran the kids program. They asked if someone would organize the donations for the kids program so my dad said my mom would. My mom was in the storage room organizing all the stuff and I went in to help her for a bit. We labeled everything in English and in Greek. It was hard work because when you first walked into the storage room there was full shelves and toys up to your knees! Mom was supermom again and had it perfect by the end. The girl who asked her to do it said she almost cried when she saw it. She was so happy.

I played some more with the kids before we went home to have dinner. I can see how much these kids need some attention and love so I enjoy spending time with them.

Greece: The Language of Kindness. By, Joy Haythorpe 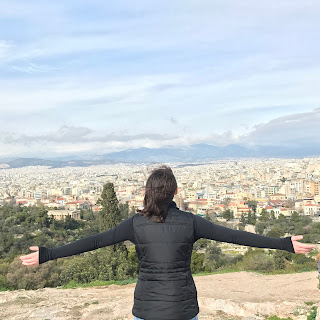 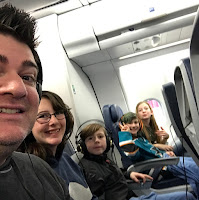 Greece has been great so far. It started out a little crazy as the airline lost our bags. We survived three days wearing each others clothes and our Mom’s clothes too. It was okay but frustrating. Anyway, we were united with the team and we were ready to get involved.

The first thing we did was have a meeting with Elise from YWAM Refugee Circle. We talked about how we should act in public and which person we should be with when walking down the street and everything. We got that settled and then we started searching for  some programs that we can help for the Refugees. We found an abandoned hotel that was turned into a living space for the Refugees. It was so cool seeing what the were doing. They had Greek classes, English classes, Kids program, Math classes, and so much more. We decided we'd be most useful as a team to work in the Kids program, since everyone had experience with kids through Youth Street throughout the DTS.

Our first day working with the kids was crazy but good. We had a great time with the kids and they were so amazing. They were very loving and respectful to us. Most of kids were angels, but the rest were crazy and hyper... like kids!

Some of the kids that have captured my heart so far are three girls and two boys. The kids are from all over. Some from Syria, some from Afghanistan, some from Iran - you get the idea. The first girl is named Sava. The was very suspicious and very cheeky. She LOVES to talk! I liked her very much but there were other things she tested me in. In all, she was a nice kid to hang out with.

The second girl was Lílas. She is such a sweet heart, and so brave. I loved her so much. When I walked in the room she asked to help move the tables and wiped them down as we set up for the kids program. She said I was very beautiful, and she gave me kisses on the cheek. She is adorable. Her friend (who didn't tell me her name) came up to me and gave me a big hug and made a kiss face. I gave her a kiss on the forehead.  They both melted my heart.

With the boys, Amir asked me to make a LEGO plane with him. Literally, All the kids love making legos, no joke!  He is such a sweet heart.


They love building so much and know that the LEGO only come out a few times a week, so the boys were trying to steal the pieces so they can take it to their room and play with them whenever they want. It make me think about how lucky we are to have the things we do.

Another boy is named Muhammed. He is a little feisty, but is still cool. One time, we brought our American football and they learned how to play catch. Then, he took it and started chasing running away from us. He was having so much fun. It is surprising to see how something simple like a ball bring so much joy to these kids. 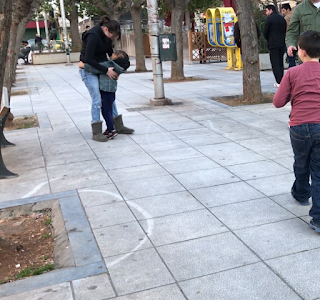 We took the football out to a "park" the other day. There are no green parks anywhere in Athens! I was just were just playing catch with Levi, Xavier and Dad when a little girl came up to us. She was just little but wanted to have fun instead of sit down quietly. Their family was from Afghanistan. The girls loved when I tossed the ball to them as they learned how to catch. They could not stop hugging me. I fell in love with them.

This trip has been life changing for me so far. I can't believe how much people just want to be loved and respected no matter where they come from. We are both strangers in this land but our common language is kindness.