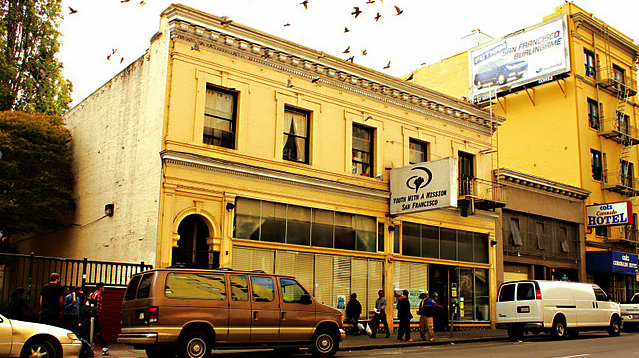 We go to the YWAM Base in San Francisco on Mondays for our weekly meeting. I barely got up this morning as we had a very busy weekend.
We had told the kids last night that we were going and they were so excited so when 6am rolled around, that was the only deciding factor for me to push forward and go... otherwise, I would have just turned over and went back to sleep.

After laying in bed for a while I got up and organized the kids clothes, then got ready myself. My shoes are always the deciding factor for me whether I dress up or down so I usually ask Luke, “what shoes should I wear?” Heels means to dress things up a bit, tennis shoes is dress it WAY down. Kindi my girlie-girl always says heels and Joy always always says tennis shoes because she sees no reason to dress up unless its a wedding or a dance party (which we go to often - not really).

So, I put on heels. I had no reason why, until later. You see, the YWAM base is in the Tenderloin of San Francisco. It is by no means any reason to get dressed up. Its a hub for drug addicts, dealers, prostitutes and homeless. We mainly park, escort the 4 kids to the building (assuring we have everyone within sight the entire time), go to our meeting, escort the kids back, pile the kids in the car and go home. Quick and simple.

Initially when we moved here I was a bundle of paranoia. If it were just me and Luke, I would have no problems going back and forth and even being around the area in general. But since I have the kids in tow, I have eyes of a hawk... and I don’t miss a thing. My protective instincts come out and I don’t let a thing get by me. However, I didn’t realize I had been missing something all along. 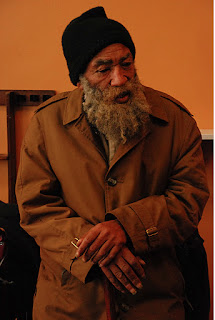 Today when we were leaving, I was frustrated at myself for wearing heels. I was juggling some bags, maneuvering the kids through a crowd of homeless people and stepped in poo! (It was not my finest moment). And one homeless man yelled out, “Hey pretty mom, hurry run to your car! Take those kids!” and I thought, “That must totally be what it looks like!” and its probably not that far from the truth too as we try to usher them through unsanitary circumstances... but I said, “No. Its ok. I just don’t want the little one to go run after that dog!” (As we held back Xavier from chasing the little terrier down the street). The man softened up a bit and said, “You’re a good mom.”

A homeless lady came up to me and said, “Can I give you a hug?” I said, “Of course you can!” As I hugged her, she said, “You pretty. Take GOOD care of you kids, ok? You take care of them.”  I assured her I would and I got in the car. If Luke hadn’t had somewhere to be, I almost would have stayed.

I was cleaning the poop off my shoes and I realized these are all God’s children too. They are all worth dressing up for because they are His creation. If I truly want to take care of my kids I not only need to physically protect them but I also need to be teaching them the value of God’s creation and His heart for all His children.

Although our encounters for the time being are brief with those in the Tenderloin every week, I hope we have more opportunity show God’s heart in the way that is unique and effective.

The Northern California School of Etiquette said... October 25, 2011 at 10:52 PM
Let brotherly love continue. Do not neglect to show hospitality to strangers, for thereby some have entertained angels unawares. Remember those who are in prison, as though in prison with them, and those who are mistreated, since you also are in the body.