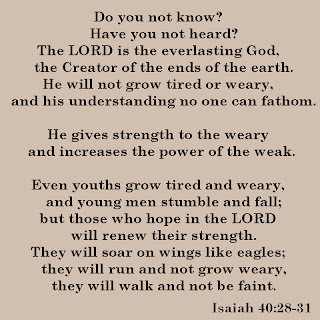 
The LORD is the everlasting God,
the Creator of the ends of the earth.
He will not grow tired or weary!!

We all go through those moments/days/weeks/months where it becomes "survival" or there is that 1 in 4 situation that doesn't go to plan.  But there is hope!! Because The LORD will not grow weary! He will be the strength that I don't have and He will carry me. As I put my hope in Him, He fills me up as I need. And although I still do not feel 100% and I'm oh so tired. He's got my back.

So my friends, keep praying as I'd like to "soar" sooner than later. ;) I'd love more revelation and energy too! 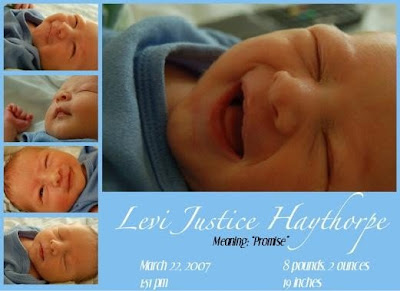