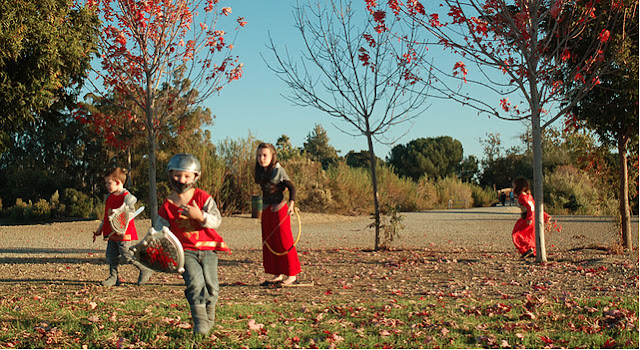 Whether you have known my children for five minutes or five years, you would have no question of their love for The Chronicles of Narnia stories.
As most young hearts long for adventure and purpose these stories fulfill both desires as you engross yourself in these tales. Not too long ago, we finished the story called The Horse and His Boy and little did I know how much revelation I would get out of such an unlikely source. 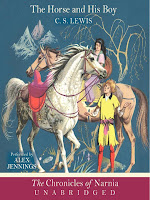 This book tells of an orphaned Boy who meets a horse, which (to his surprise) can talk! The horse is from Narnia, where some animals can talk, and convinces the boy to come with him as he will be captured if he doesn’t have a rider. So they journey out and through varying circumstances and across vast lands. They meet up with dangers along the way and others on the same journey to Narnia.

The part I found particularly relatable was as the Boy was nearing the end of his adventure, he finds himself lost. He was following an army to get somewhere but as they climbed a mountain through a thick forest, a fog rolled in and he only heard them gallop away. Realizing he didn’t know the way and fell into despair. As he rode along, he could not see but felt someone walking next to him very quietly. Afraid and no longer able to stand the suspense, he said…

“One who has waited long for you to speak,” said the Thing. 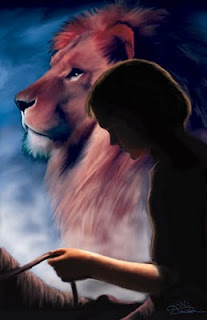 After asking a few questions of what this “Thing” might be, the Boy begins to confide his despair and his journey. Then, surprisingly the Thing confides in the boy

“I was the lion who forced you to join with [your traveling companion]. I was the cat who comforted you… I was the lion who drove the jackals from you while you slept. I was the lion who gave the Horses  the new strength of fear for that last mile so you could reach [your destination] on time. And I was the lion you do not remember who pushed the boat in which you lay, a child near death, so that it came to shore where a man sat, wakeful at midnight to receive you.”

…And the Boy was no Longer Afraid.

Tears streaming down my face as my heart filled with extreme gratefulness. I was beginning to see God’s faithfulness to us amidst circumstances.

It was not even a month ago, we sent out an appeal for prayer and help. In general I’d like to think I’m a strong person but in all honesty, I would say I carried a sense of despair for a season. Over time, I saw our ‘lack of’ beginning to outweigh my faith.

I read this book shortly before we sent out our appeal and I felt a renewed sense of Him meeting me and my need… the need I didn’t know I had… the need for me to see Him throughout all circumstance. It’s always easier to look at things as not going right instead of as God orchestrating them for our faith to be built.

However, He met me and my fears of “what if” melted away. I could now step out in obedience and put myself out there in my most vulnerable state knowing that He does things in the most unconventional ways. I was able to do it without reserve and without expectation.

I knew my step of obedience was “to let people in”, which is so hard for me to do. It just goes against my nature. I like being the one who can help but its uncomfortable for me to express my need for help. But now it was all out there…

I can’t say that I expected anything. I just knew that God needed to do something. If anything I was expecting a non-response.

This was in November, we had communicated out that we needed to see another $4000/mo in support we need to raise for YWAM. We started to see a bit of momentum as by December it was down to $3,000/mo. It was encouraging.

Then one day a bombshell hit, there was an immediate need of $2000 to come in by the end of the day! That’s when we appealed for prayer because we could not see how that could happen. I was a bit panicked but I wasn’t afraid because I trusted that whatever was going to happen, He was orchestrating.

I cannot express how amazed and humbled we were to see that $2000 come in a matter of HOURS! We were blown away! And as if it were to stop there… over the next few weeks, we were given enough to cover our needs through February!! How GREAT is our God!

So far, we have seen our need of $3,000/mo support drop down to $2500/mo and it seems to be dropping regularly. We have also been able to purchase a computer for our work after losing a one… All these things are well beyond what I could have expected!

For so long I have been relying on what I could see, rather than what I know. And finally when my thoughts and attitude shifted to what I KNOW is truth and trusted in that, I believe it opened the door of seeing the beginning of breakthrough. Not only in myself but also in our other need.

Be encouraged friends and thank you for joining us in this journey! He is worthy to be trusted!!

The promises I hold on to and the truth that I know: