January 2009 Update: America the beautiful... and a stolen passport! 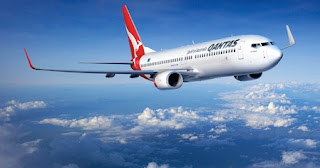 Northern California, Southern California, Colorado, North Carolina.... almost a new place every night
was how I spent the last four weeks in America. Sending time with friends and family, support raising and just catching up was the goal of this trip.


Leaving daddy and the three oldest kiddies behind, Xavier and I headed out 2 days after Christmas on a small excursion for just over 3 weeks. :) We were very busy (to say the least) and enjoyed every moment. We introduced Xavier to family and I had the chance to catch up with people I haven't been able to in years! Some I hadn't even seen in 7 years!

Toward the end of my trip, we were headed toward New Zealand. I was packing my bag, all set to leave, when I discovered it was missing... it's the LAST thing you want to see gone... my passport. Yes, it was gone! With 11hours until my plane left.

I searched high and low and.... NOTHING!

I called the airline I flew on 2 days before to see if anyone turned in a lost passport... NOTHING! They put it on a "high priority" and said they would call if anything came up.

I called Luke in a panic and asked him to pray. I thought that if I'd step away for a moment then I would get a new perspective when I got back. So I left to pick up some last minute baby needs before I headed out and came back to look.... still NOTHING!

So I called Luke again. This time only 7 hours before my flight left and 3 hours before I had to leave for the airport. So, Luke called and changed my ticket. I called and tried to make an appointment at the Passport Office. The soonest appointment was over 2 weeks away! I didn't book it and said I'd call back later.

Luke called me back and had changed my ticket for 5 days later. So I had 2 days to work with... Thursday and Friday. Nothing would be open on the weekend and Monday was public holiday. So I prayed, held back tears and made some phone calls. I tried the Passport Office again. They said there was that same appointment and NOTHING else. I asked her to check and check again and again... Nothing. I told her my situation and although sympathetic, there was nothing she could do.

So as we were talking she said, "Wait a minute!... Something JUST opened up. Tomorrow at 10am! It must be 'meant to be'."

I said,"BOOK IT! Book it before someone else gets it!"

She said, "Already done." And I could hear her smile as she said it.

I thanked God out loud and then I thanked her and hung up. I was so excited! That was step 1.

I went early to to the Passport Office and, I kid you not, God even directed San Francisco traffic away from us. No matter where we went, our car was moving. Even if it was bumper to bumper all around us. It was AMAZING!

So we went to the Office and took care of the new passport. It would be ready at 3:30pm. I called the Australian Immigration to see if I could get my Visa reissued but there was a glitch. The Visa was issued in my maiden name because my passport was in my maiden name and my new passport was in my married name... after MULTIPLE phone calls, emails, faxes, calls to Luke in the wee early morning, him emailing, etc... it was all sorted by 2pm (Pacific Standard Time)... 5pm (Eastern Standard Time) when the Australian Immigration Office closed!

Sadly, I didn't get to go to Auckland but that will happen some day. I just PRAISE GOD for his awesome Faithfulness! He always takes care of His children! 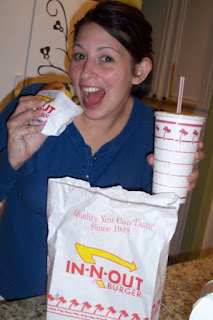 The day after I arrived back to Australia with very warm and welcoming arms, I received a phone call from the airline saying they found my passport. We speculate that it was stolen and someone had seen that my passport actually expired in six months and ditched it as it is a pointless steal.